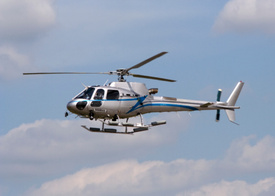 Towanda, PA (NewYorkInjuryNews.com) – An Oklahoma truck driver was ejected after losing control of his semi truck on the Burlington Turnpike Monday, January 25, 2010 according the Williamsport Sun-Gazette.

Police and rescuers located the trucker’s body in Sugar Creek at 9:30 a.m. Tuesday, close to a half mile away from the scene of the truck accident in Burlington Township, where they body washed up on a small island. It was reported that the trucker had been thrown from the wrecked vehicle on Monday morning around 11:30 a.m. after the he had been speeding down the Turnpike, lost control of the rig, rolled over, then landing in the creek.

The only passengers in the truck, identified as 44-year-old Renalto Canales, was found and rushed to Robert Packer Hospital located in Sayre. Canales was reportedly in fair condition as of Monday evening.

Pennsylvania State Police identified the dead truck driver as 45-year-old Terry Lee Evans, who was found due to a police helicopter pilot and receded waters. Evan’s body was taken for an autopsy, which is scheduled at the Bradford County Coroner’s office to determine the cause of death. The semi truck, involved the crash, was owned by Caliber Casing Service.