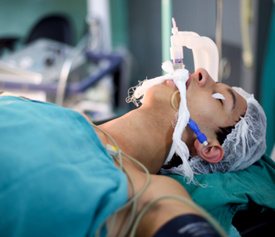 Legal news for New York personal injury attorneys –A pedestrian was struck by two motor vehicles on Route 9A in Ossining.

Ossining, NY (NewYorkInjuryNews.com) – A tragic accident occurred when a 15-year-old boy was attempting to cross the road and was struck by two vehicles, and was then dragged by a second vehicle on Thursday, January 21, 2010, according to the Journal News.

Police reported that the teenage boy had been trying to cross Route 9A in the afternoon, when two cars hit him. The boy was crossing from the west side of Route 134 around 4 p.m. on Thursday. The boy happen to walk straight into the door of a sport utility vehicle. The sport utility vehicle was in the southbound lanes of Route 9A. The injured boy collapsed to the pavement when another vehicle struck him. The boy was then dragged beneath the vehicle for 15 feet.

Emergency medical services (EMS) arrived at the scene to transport the injured boy to the Westchester Medical Center where he was treated by doctors and nurses. His identity and condition were not disclosed. Police shut down the southbound lanes of Route 9A until 8:30 p.m. to investigate.