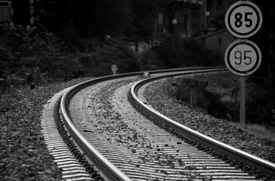 Legal news for Vermont Motor Vehicle Accident Attorneys–Police reported a UPS driver is in critical condition after collision with a freight train.

Roxbury, VT (NewYorkInjuryNews.com) — A driver of a UPS truck was airlifted to a Burlington hospital after his truck was struck by a freight train in Roxbury on Tuesday, December 8, 2009, according to WPTZ.

Police arrived at the scene of the horrific wintry collision. The truck was making a left onto Oxbow Road before he approached the train tracks, and tried to stop. It was reported that the UPS truck brakes locked, and the truck was launched onto the tracks in front of the oncoming train. The New England Central Railroad train had been traveling north when the crash occurred at 4 p.m. The truck’s desperate attempt to stop left marks on the road.

Police reported that he remained uninjured in the collision. Locals said that the impact of the crash sent debris flying everywhere. The force of the freight train threw the truck 30 feet, and the train could not come to a stop for 900 feet after hitting the truck. UPS is investigating the crash.