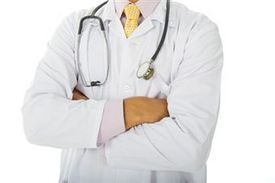 Legal news for New York Medical Malpractice attorneys–A war veteran was denied a colonoscopy when he had colon cancer, which caused him to file a lawsuit against hospital.

Buffalo, NY (NewYorkInjuryNews.com) – A local war veteran is suing a New York VA hospital after being denied a colonoscopy, when he had a history of colon cancer, according to WIVB, on December 3, 2009.

The veteran, David Cohen, found out later that the hospitals rejection may have put him in a situation where cancer may claim this man’s life. The patriot, who proudly fought for his country in the U.S. Navy, now fights a personal battle of colon cancer.

Cohen was diagnosed with stage four colorectal cancer in August 2009 in Buffalo’s VA hospital. He said that his history of colon cancer began with his grandmother, along with several other family members. Cohen, knowing that this deadly type of cancer ran in his bloodline, requested a colonoscopy and was denied several times.

Cohen’s prognosis states that he only has 26 months to live, but he plans on surpassing that time frame. He now shares the simple message with all people he meets that they should not take no for an answer and to go with your gut. Cohen filed a lawsuit against the VA hospital.