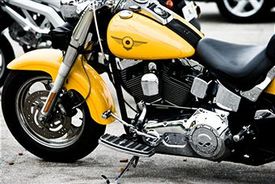 Legal news for Connecticut Motorcycle Accident attorneys– A motorcycle crash occurred with one injury, which sent emergency medical services and police officials to the scene.

Plainfield, CT (NewYorkInjuryNews.com) – A motorcycle collided with a backhoe and critically injured one driver on Thursday, December 3, 2009, according to the Norwich Bulletin.

Plainfield police officials reported to the scene of the accident on Franklin Street. Emergency medical services (EMS) also responded to the wreck to transport the injured. Police reported that the motorcyclist was heading east on Route 14A when he collided with a 2000 John Deer 310E backhoe, when he had been making a left hand turn onto Spaulding Road at 2 p.m.

Police identified the operator of the 20001 Harley Davidson motorcycle as 49-year-old Michael Fournier, of Danielson. The driver of the backhoe was identified as 67-year-old Timothy Mellon, of Saratoga, Wyoming.

EMS transported Michael Fournier by Lifestar to Rhode Island Hospital to be treated for serious injuries. Medical authorities reported that Fournier was held in the emergency room and his condition was still not reported as of 5 p.m. that evening. The Plainfield Police were investigating the wreck.