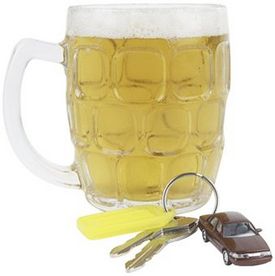 Legal news for New York Motor Vehicle Accident attorneys— A Rochester policeman was taken to Strong Memorial Hospital after a woman struck him who was driving under the influence.

Rochester, NY (NewYorkInjuryNews.com) – A Rochester police officer was injured after being struck by a car while patrolling on West Avenue, on Wednesday, November 18, 2009, announced the Rochester Democrat and Chronicle.

The Wednesday night crash occurred when a car, driven by a Rochester resident, slammed into the police squad car on West Avenue. Police reported that the driver of the car, identified as 28-year-old Sidney Parris, was intoxicated while operating a motor vehicle.

The Rochester man remained uninjured in the crash, but may face charges for driving under the influence and operating a motor vehicle without a license. He had reportedly turned left in front of the officers patrol car when they collided. His police lights and siren were not activated at the time of the crash.

Emergency medical services along with Rochester City police were at the scene of the crash, which occurred around 10:54 p.m. at the intersection of Hancock Street and West Avenue on the west side of the city. The male police officer, whose identity remained undisclosed, was transported to Strong Memorial Hospital via ambulance to be examined. He was treated by doctors and nurses and was released.