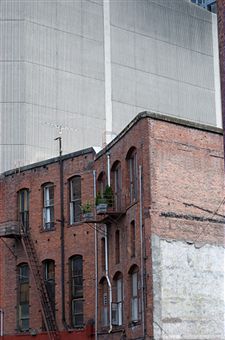 Bronx, NY (NewYorkInjuryNews.com) – Angry Bronx tenants have come together to file a lawsuit against their landlord for negligence and hazardous living conditions, announced NY1, on Wednesday, November 17, 2009.

The renters at 1380 University Avenue said the growing number inadequate living condition include: malfunctioning elevators; growing mold, leaking ceilings and pipes, broken doors, windows and locks and inadequate heat in the winter. The 17-story high rise is a nest of unsafe conditions for the residents. It was reported that a total of 47 upset tenants have filed against the landlord last week in Bronx Housing Court.

One of the tenants reported two weeks prior to filing the suit that her 13-year-old son was walking down the stairs because the elevator was not working, and he slipped on urine and sprained his ankle. Another situation that was reported was one resident had to leave his apartment to get her medication, and he stood out there for 30 minutes until someone came up the stairs to tell her the elevator was not working. She could not reach her children to retrieve her medication. Sources attempted to contact the landlord for a comment, but he could not be reached.