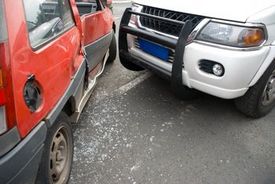 Hooksett, NH (NewYorkInjuryNews.com) – A husband and wife from Concord passed away after a fatal crash on Route 3A in Hooksett Wednesday, November 11, 2009, announced the Union Leader.

Another woman, resident of Capital City suffered serious injuries in the fatal wreck. Police reported that a Chevy S10 truck crossed the middle lane and collided with a Jeep Cherokee. The driver of the Chevy was identified as 64-year-old Sherman Ordway, whose injuries proved fatal at the scene of the crash.

His wife, 50-year-old Bridget Ordway, was transported to Concord Hospital where doctors and nurses did everything they could until she passed away soon after arrival.

The driver of the Jeep Cherokee, 50-year-old Cynthia Damelio, sustained multiple fractures and bruised lungs. She was traveling with her dog “Bailey” at the time of the crash, which was rescued by firefighters.

Police reported that the crash took place at 12:15 p.m. directly in front of 143 West River Road also know as Route 3A. It was a resident who called 911. The fatal crash temporarily closed Route 3A for several hours between Sunrise Boulevard and Gosselin Avenue.

Witnesses are asked to call Officer Lori Stowell at 624-1560 with any information regarding the accident.