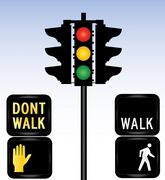 Legal news for New Hampshire truck accident lawyers—a pedestrian was injured when he was hit by a pickup truck.

Police reported the accident took place on Indian Brook Drive at 8:20 a.m. The pedestrian identified as 69-year-old Donald Hughes, resident of Dover, was walking in the crosswalk located at the intersection of Dover Transportation Center and Members Way, when he was hit by the Toyota Tacoma. Police identified the driver of the pickup truck as 54-year-old Bruce Jenness, of Rochester. Jenness was driving down Members Way, when he hit an elderly man who was crossing the street.

Police reported Hughes was thrown to the pavement, but did not sustain any major trauma from the impact of the crash. Emergency medical services (EMS) arrived at the scene to transport Hughes to the Wentworth-Douglass Hospital to be treated for his injuries. Hughes complained of pain in his right side and in his chest.

Dover Police are continuing to investigate the accident to determine if any charges will be filed. Hughes claimed he had the right of way since the walk sign was flashing and Jenness’s right hand turn would have been illegal. Police have not confirmed that the walk light was flashing.

Police questioned two eye-witnesses at the scene of the crash. They both reported they did not notice the walk light flashing or not flashing.