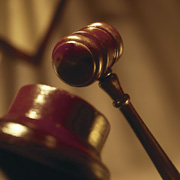 Bronx, NY (NewYorkInjuryNews.com) – A woman who stayed in Westchester nursing home died of an infected bedsore wound and the family has since filed a lawsuit on her behalf, announced New York Daily News.

73-year-old Verda Henry, a Bronx resident, went to a Westchester nursing home in 2005 hoping that it would be a temporary place of healing for her fractured arm, until she tried to leave to go back to her home when medical staff refused. Henry had developed a fatal wound due to negligent care she received at the nursing home. Henry attempted to leave multiple times after two years past and she was still living in the New Rochelle nursing home, for the reason that court documents call a dreadful bedsore wound.

Patricia, Henry’s daughter, sued the Sutton Park Center for Nursing and Rehabilitation in the Bronx Supreme Court after Henry died in August 2007. She also filed a lawsuit against the South Shore Medical Center adjacent to the Westchester nursing home. The family, who claimed to have visited their mother for up to 8 hours a day, reported that nursing home care staff were too busy to manage Henry’s basic needs.

The family pleaded to take her home with them when they became aware of her living conditions, but the staff continued to deny their request.

Patricia lifted her mother’s hospital dress to find a huge bedsore that had developed over her spinal cord and had darkened due to an infection. Doctors at the nursing home facility attempted to clean the wound, while Henry writhed and yelled in excruciating pain and then she died.

Neither Sutton Park Center for Nursing Rehabilitation administration nor South Shore Medical Center have made a statement as of yet pertaining to the case. Henry’s lawyer commented on the case stating that there is no way to document on a national counts of deaths or severe injuries caused by bedsores for families to determine what home would be a better place for their loved one.