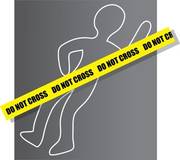 Rensselaer, NY (NewYorkInjuryNews.com) – A construction worker from Scotia plummeted to the ground from the roof of a natural gas–fired controlled factory 90 feet down, announced The Albany Times Union.

The government safety and federal regulation organization, Occupational Safety and Health Administration (OSHA) is currently investigating the fall of the construction employee who hit a crane scaffold and high beams on the 90 foot plunge down into the cement ground below, officials reported.

The worker, identified as 47-year-old Liam Haley was transported via Emergency Medical Services (EMS) to Albany Medical Center Hospital where doctors and nurse treated his near fatal injuries. The state of Liam Haley’s condition has not been released to the public.

The serious incident occurred in the late morning at the Company Empire Generating Co. building project. The Company is working on constructing a megawatt factory.

In a prepared media statement, Empire Generating Co. mentioned their utmost sympathies along with a confirmation that they take safety as a serious matter for the protection of their employees, who are their priority, reported sources. Federal officials are probing the case to determine the cause of the deathly fall that might possibly send the construction worker to his death.