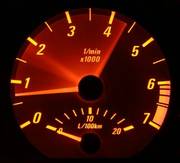 The 18-year-old driver in the ruined BMW also was speeding along Francis Lewis Boulevard with 2 passengers traveling in his vehicle. Observers told police investigators that the BMW flew down the street and slammed into parked vehicles when the BMW swerved erratically out of control Wednesday night.

The 12-year-old and 18-year-old passengers as well as the 18-year-old driver were transported by Paramedics to the Booth Memorial Hospital to be treated for severe injuries by doctors and nurses. The other vehicle driving up the street with the BMW was a Lexus with a 16-year-old driver. Police on the scene decided to test the blood alcohol level of the driver and interrogated him about the accident.

One witness claimed to see one of the vehicles run into the other which sent it swerving on the road causing the car to crash. The witness then called the police and reported the situation.

Sources claimed that the vehicles were speeding at least 70 miles an hour down the street. Investigators are on alert to enforce the anti-drag racing NY laws in the Queens area. There are no reported fatalities as of yet.