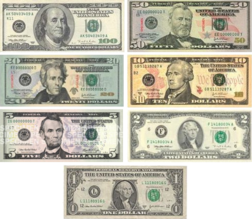 Newark, New Jersey (NewYorkInjuryNews.com) — Recently elected Mayor of Hoboken— Peter Cammarano, Mayor of Secaucus—Dennis Elwell, and Mayor Anthony Suarez of Ridgefield, as well as more than half a dozen rabbis including head rabbi of Deal Synogogue, and other local politicians were rounded up by the FBI for alleged international money- laundering as part of a two year investigation early Thursday morning, announced the Wall Street Journal.
Early this morning, the house of the commissioner of the state Department of Community Affairs, was entered by force in search of documents, validated an official. In numerous New Jersey counties, public officials, council men and Jewish leaders were arrested on the account that they were a part of a network of corruption.
This round up by the FBI, with the help of collaborative witnesses, involved close to 50 people directly linked to facilitating alleged international money- laundering.  Top and local officials like Assemblyman Dan Van Pelt, and Jersey City Deputy Mayor Leona Beldini are also big players in this scandal, announced government sources. FBI uncovered that they were laundering money from non-profit agencies through the direction of the rabbis in the New York, New Jersey area, Authorities announced. The “laundering list” between Israel to Brooklyn consisted of cash, designer handbags, and the trafficking of human kidneys.
Authorities stated that the illegal acts had been conducted by officials in Brooklyn to sources in Israel, New Jersey and Deal.  More will be announced as the FBI continues to investigate.