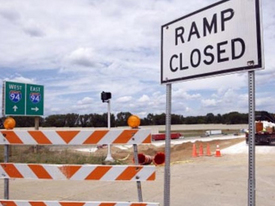 Crews are still cleaning up the debris of the once functional nine-mile overpass, while the Michigan Department of Transportation (MDOT) has plans to quickly revive the much-needed highway. The accident dumped thousands of gallons of fuel had leaked into the sewers expanded the fires, which climbed to over 100 feet, and disintegrated much of the highway, according to Michigan State Police. The repercussions of this recent disaster are still surfacing.  Workers found a liquid on site of the accident, making it pertinent to resurface and recreate the pavement as well.

Saied Haidarian Shahri is faced with the reality that he is held responsible for the cost of the reconstruction already amounting to 90,000 dollars just to repave the highway, or plausible criminal charges, says Detroit Free Press.

The Michigan Department of Transportation (MDOT) announced that the bridge was unable to be saved. The crew continues to work continuously to repave the rest of the south and northbound lanes where more than 450 feet still needs reconstruction.