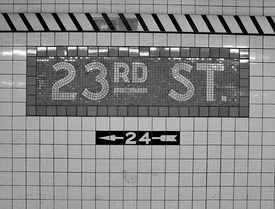 New York City, New York (NewYorkInjuryNews.com) — On December 10, 2001, an F train hit Alice Huang, an 18 year-old college student, when she bent over to pick up her bible on the 23rd Street subway station platform. Her head was only inches away from the train when suddenly the train jolted forward and started to accelerate.

The side of the train clipped her head causing her to spin several times and lose recollection of the event. To make matters worse, Ms. Huang’s left leg became entangled between cars and the moving train dragged for her nearly 30 feet.

Surgeons initially struggled to keep Ms. Huang alive. She bled profusely for the first six hours after the accident.

As a result of the accident, bones in Ms. Huang’s hips were crushed and broken. Doctors managed to save her left leg. However, nerves and blood vessels in her left leg are permanently damaged and plaintiff’s doctor testified that she maybe better off if the leg was amputated, since the leg is no longer functional.

Ms. Huang will also live with severe pain and scarring for the rest of her life.

Although the defendant railroad attacked the jury’s verdict on appeal, there arguing that the jury should have at least assigned Ms. Huang some of the fault for her accident, a unanimous panel of Appellate Division judges disagreed, stating:

“A fair interpretation of the trial evidence supports the jury’s finding that the subway conductor failed to comply with defendant’s rules and regulations requiring a conductor to look to the front and the back of the train while the doors are open, before signaling the motorman to proceed, and as the train begins to exit the station, and thus negligently failed to observe plaintiff, who had bent down beside the stopped train to retrieve a book she had dropped while exiting the train … When the train struck plaintiff in the head as it moved forward, she was spun around and her left leg got caught between the train and the platform. She was then dragged a considerable distance. The jury’s finding that defendant was 100% liable was supported by a fair interpretation of the evidence, namely, that the accident could have been averted if the conductor had seen what there was to be seen, that plaintiff was near the train and that he should have waited before signaling the motorman to proceed (id; Robinson v. New York City Tr. Auth., 105 A.D.2d 614, 481 N.Y.S.2d 85 [1984]).”

The State’s highest court, the Court of Appeals, declined to review the Appellate Division ruling, leaving the Transit Authority no option other than that of providing Ms. Huang the more than $10 million, plus interest, to which the court rulings say she is entitled.