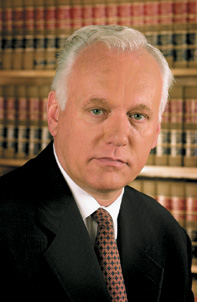 Sickle cell anemia is a hereditary disease when red-blood cells, which are normally disc-shaped, instead are crescent shaped. As a result, they can cause blood clots and give rise to painful episodes called “pain crisis”.

New York City, NY (New York Injury News) — Nina, now 16-years old, has lived with the effects of the disease for her entire life. Twice a year, she is spontaneously thrown into fits of extreme pain in her arms, legs, abdomen, and back and must be admitted to the hospital. Typically, she is given strong medications such as morphine and placed on an I.V. for hydration.

Two years ago, Nina had an episode and while in the hospital, she spiked a fever of approximately 102.7. The hospital took a chest x-ray that showed Nina had pneumonia. In addition, three blood tests were taken and it was shown that there was probably a contaminant in her blood.

Despite this possibility, the hospital treated the infection as a regular bacterium. Although her pain continued, Nina was given antibiotics and painkillers and discharged. Nina came back to the hospital two more times in the next month. Family, friends and doctors watched as her condition got worse. Still, the method of treatment was never reconsidered. She couldn’t walk, she was short of breath and due to the excruciating pain, Nina could barely carry on a conversation with her mother. Finally, Nina was taken to a different medical center where it was revealed that a Staph infection killed bone tissue in Nina’s spine. She had to have spinal surgery, which is painful, traumatic and involves considerable risk for the patient. When Nina brought a medical malpractice lawsuit, the Court determined that it is indeed a departure from “good and accepted medical practice” for the hospital to fail to consider a staph infection after the first positive blood culture; particularly in light of the fact that people who suffer from sickle cell anemia are at increased risk for that kind of devastating infection. Nina recovered compensation commensurate with her pain and suffering.