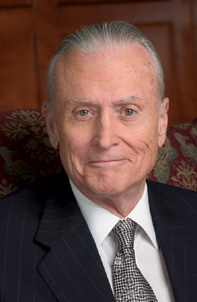 New York City, (New York Injury News -Press Release)  On June 25, 2008, David J. Dean, Esq., a member of Sullivan Papain Block McGrath & Cannavo, PC, and one of the firm’s trial lawyers won a $16,913,400 verdict from a New York County jury on behalf a 33 year-old man who sustained serious injuries when he tripped and fell on a doorway saddle in his apartment building.

On October 10, 2004, at approximately 1:00 pm our client was walking out of his building when he tripped on a door saddle and fell 9 ft below on to the cellar stairs. Admittedly, the plaintiff was intoxicated at the time of the accident. However, through expert engineers, Mr. Dean was able to prove that the doorway saddle (1.4 inches high) was unreasonably high and presented a tripping hazard.

The 9-foot fall caused the plaintiff to fracture his C-6-7 spine and rendered him a paraplegic. He continues to be incontinent of bowel and bladder and resides in a medical rehabilitation facility. The plaintiff is confined to a wheelchair and his injuries are permanent.

After a 10-day trial, the jury awarded a total verdict of $24,162,000. However, the jury ruled that the defendant was 70% liable and the plaintiff was 30% liable for the injuries reducing the award to $16.9 million for past and future pain and suffering and medical expenses.