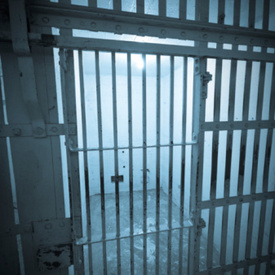 Boston, MA – A federal judge in Boston must decide if the psychiatric treatment records of approximately 25 inmates who either committed suicide or attempted suicide can be turned over to advocates who have sued the state over the care of mentally ill inmates, as reported by The Boston Globe.

U.S. Chief District court Judge Mark L. Wolf gave the University of Massachusetts Correctional Health Program a deadline of August 27 to turn over mental health reviews written by therapists after the suicides and attempts. The inmates in question were held in solitary confinement during periods between 2005 and 2007.

The UMass program, a UMass Medical School enterprise, claims that federal law requires the records remain confidential under a privilege between therapists and patients. According to UMass, the privileges can only be waived if the inmates or their representatives give permission.

Lawyers for the nonprofit Disability Law Center claim the records are crucial to their case. According to Carol E. Head, a lawyer for the center, “We’re seeking documents that analyze what happened,” explaining that the records may show whether inmates were improperly diagnosed or harmed themselves because of solitary confinement conditions.

In 2007, the group sued the prison system on allegations that hundreds of mentally ill inmates were held in cells 23 hours a day in inhumane conditions.

In February 2007, a nationally renowned suicide prevention specialist was hired by the state after seven suicides in 2006 gained the attention of officials and advocacy groups. The specialist found extreme shortcomings in the state’s handling of inmates at risk for suicide and offered 29 recommendations for improvement.

The state agreed to comply with all 29 recommendations, and suicides fell. They surged again this year though, as eight inmates have killed themselves in the first seven months of 2010.

While the director of litigation for Prisoners’ Legal Services, who is also a member of the Disability Law Center’s legal team acknowledges that few of this year’s suicides occurred in solitary confinement, the lawsuit alleges that solitary confinement has caused inmates to mutilate themselves, swallow razor blades and commit suicide. The suit demands the state build maximum-security residential treatment units.

The University of Massachusetts no longer provides mental health services for Massachusetts prisons, but does provide medical services. State officials hired MHM Services Inc., of Virginia, to handle the department.