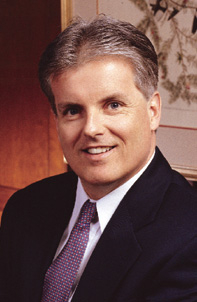 The settlement of a personal injury lawsuit, arising from a motor vehicle accident, may require the repayment of all or a portion of governmental benefits, such as Medicaid or Medicare, which paid for treatment of the injuries at issue. Settlements may also require resolution of claims made by no-fault carriers, workers compensation carriers, private medical insurers and self-funded benefit plans governed by ERISA (Employee Retirement Income Security Act of 1974) asserting liens or claims for reimbursement or subrogation.

This area of the law is changing rapidly, and will likely be the subject of new state and, possibly, federal legislation in 2009. Within just the past few years, the law as it relates to Medicaid liens and ERISA reimbursement has changed radically due to decisions of the Supreme Court of the United States.  New York State law as it relates to claims of private medical insurers is unsettled.

Medical insurers are becoming more aggressive and creative in their attempts to recover healthcare expenditures from tort recoveries.  On the other hand, plaintiffs’ attorneys, protective of their clients’ rights, have become more resolute in fighting what they view as the overreaching efforts of insurance companies to dip into settlement proceeds belonging to an injured party.  It is important to consider the interests of healthcare providers before settling a personal injury case.

In any action by or on behalf of a covered person, against a non-covered person, where damages for personal injuries arising out of the use or operation of a motor vehicle *** may be recovered, an insurer which paid or is liable for first party benefits on account of such injuries has a lien against any recovery to the extent of benefits paid or payable by it to the covered person. No such action may be compromised by the covered person except with the consent of the insurer, or with the approval of the court, or where the amount of such settlement exceeds fifty thousand dollars.

Thus, where a covered person brings suit against a non-covered person a lien in favor of the no-fault carrier attaches to the recovery and must be repaid.

However, the insured should not be forced to pay for his no fault benefits out of his recovery for pain and suffering. Scinta v. Kazmierczak, 59 A.D. 2d 313, 399 N.Y.S.2d 545 (4th Dept., 1977).  If there is no adequate insurance to make the plaintiff whole, the no fault lien should be negotiated or a motion made to the court to make an allocation between the various elements of damage.

Thus, it is important to understand who is treated as a “covered person” under the law and who is not. Examples of covered persons are passengers suing drivers and drivers suing drivers. One should also remember that where an out-of- state insurance policy issued to an out-of-state driver: A) meets the requirements of New York Vehicle and Traffic Law Section 311; and B)is issued by an insurance company authorized to do business in the State of New York, the operator is treated as a covered person.

Examples of non-covered persons would include the municipality in a suit arising from a roadway defect, the bar in a dram shop claim, the defendant in a product liability claim, the doctor in a suit claiming that the doctor exacerbated an injury caused by the initial car accident, and an uninsured motorist.

For an extra premium, a policyholder can purchase additional personal injury protection, known as “APIP”, to provide greater first party benefits. The downside of this extra protection is that the carrier providing APIP has a contractual right of subrogation. The right of subrogation gives the APIP carrier the opportunity to stand in the plaintiff’s shoes, and to attempt to recover the APIP paid on the claimant’s behalf. Thus, in a case against a non-covered person, where payments were made for basic PIP and APIP, the insurer has a statutory lien which attaches only to that portion of the settlement proceeds which is attributable to the covered persons’ claim for basic economic loss, and, as concerns extended economic loss, the insurer is subrogated to the rights of the insured against the tortfeasor but it has no statutory lien on the settlement proceeds therefore.  If there is a question as to how much of the settlement proceeds are allocable to basic and extended economic loss, a hearing as to the allocation of damages may be necessary. Aetna Casualty and Surety Company v. Jackowe, 96 A.D.2d37, 468 N.Y.S.2d 153 (2nd Dept, 1983).

Thus it is important when settling a suit for damages that you are aware of who has paid the medical expenses so that you know how much of your recovery must be paid to an insurer or government agency. A failure to address this at the conclusion of your case could result in a loss of insurance benefits.