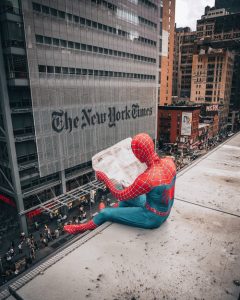 In a Congressional house panel hearing today, it was revealed that Stewart Parnell, the owner of Peanut Corporation of America, sent corporate e-mails ordering the shipments of bacteria-laden peanut products, brushing aside safety concerns. According to the Food and Drug Administration (“FDA”), a private laboratory had previously tested the company’s Georgia plant, finding Salmonella in […]

Queens, New York (NewYorkInjuryNews.com) — A young man who we’ll call “Peter”, worked for a company in Queens, NY that imports large quantities of marble for use in construction projects. Peter’s employer took delivery of the marble in the form of large, flat slabs, stacked high inside of a shipping container. The shipping container was […]

Long Island, New York (NewYorkInjuryNews.com) — It has been confirmed that driver who was charged for ramming his Mercedes into a Nassau police cruiser at the expressway of Long Island last month was inebriated according to prosecutors. However, according to Anthony J. Colleluori, the defense lawyer for the accused Rahiem Griffin, 27, said that the […]