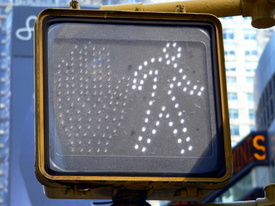 New Source: JusticeNewsFlash.com05/23/2012 // West Palm Beach, Florida, US // justicenews // Justice News Flash // (press release) Barrow County, GA – A Georgia father believes that the death of his son in a drunk driving accident could have been prevented if a police officer had arrested the teen during a traffic stop prior to […]

Injury News
Woman denied bond after running over her boyfriend

New Source: JusticeNewsFlash.com05/23/2012 // West Palm Beach, Florida, US // justicenews // Justice News Flash // (press release) Atlanta, GA – A woman who stands accused of the death of her boyfriend after running over him with her vehicle has been denied bond. As reported by The Atlanta Journal-Constitution, Sharees Dennard, 30, appeared in court […]

New Source: JusticeNewsFlash.com05/22/2012 // West Palm Beach, Florida, US // justicenews // Justice News Flash // (press release) Glendale, CA – A small plane crashed and landed upside down in front of a Glendale home on Monday. As reported by the Associated Press (AP), the pilot of the plane sustained minor injuries, but was released […]

New Source: JusticeNewsFlash.com05/22/2012 // West Palm Beach, Florida, US // justicenews // Justice News Flash // (press release) Oregon – A Portland jury has awarded two men a settlement in a case in which they were purportedly terminated after complaining about not having access to an on-the-job-toilet. As reported by The Oregonian, Douglas Eki and […]

New Source: JusticeNewsFlash.com05/22/2012 // West Palm Beach , Florida, US // justicenews // Justice News Flash // (press release) Tucson, Arizona – The family of a teenager who was killed in an accident involving a drunk driver has reached a settlement in a lawsuit filed against the city of Tucson. As reported by the Arizona […]