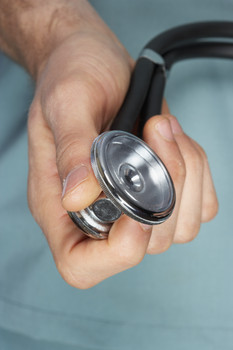 The couple who were inseminated had twin baby girls, who both had fair complexions compared to their black father. It was discovered that the 61-year-old Doctor Ben Ramaley, an obstetrician-gynecologist, was accused in the sealed lawsuit of inseminating the woman with his own specimen in 2002 instead of the intended fathers, according to Greenwich Times newspaper. The distraught couple completed a paternity test to confirm their suspicions.

The Connecticut doctor was banned from practicing medicine in the state of New York, after holding a license to practice and treat patients for more than three decades. New York state’s Board for Professional Medical Conduct supported Connecticut’s investigations findings that Ramaley’s practice conducted a “improper professional practice” according to Health Department Documents. Ramley’s practice was also fined $10,000 in April 2008, for failing to properly keep records, and properly labeling specimens.

New York Health Department spokesperson Jeffery Hammond said, “We don’t want doctors who have been involved in unsafe or unprofessional practices in other states to practice in New York. Our goal is patient safety.”

Doctor Ramaley willingly submitted his New York license to practice medicine in March, and he is currently banned from practicing medicine anywhere in the state or reapplying for a New York medical license.